“I really hate public speaking,” said a student who stood up in front of class to deliver her first oral report.

That’s not the most impressive opening line, but I hear it from a new student at least once per semester. And most of the time, the statement isn’t even true.

Often, students who claim to hate public speaking don’t really mind it at all. I often see them happily talk to groups of friends before and after class. That’s public speaking. And it’s even the same audience!

What’s the difference? Let me give you a food-related example from my Facebook feed… 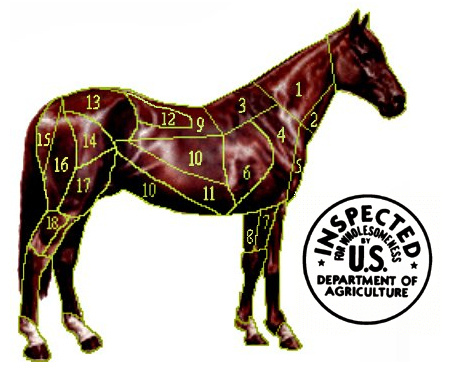 Most of the hue and cry I read was about “the gross out factor”. People really don’t mind eating horse meat: as long as they don’t know it’s horse meat!

Knowledge grosses people out. It’s not the meat. It’s the idea of it.

Adults regularly do icky things. And we learn to outgrow, embrace, or at least accept all kinds of stuff that used to gross us out.

Responsible grown-ups dutifully embrace a whole array of what once grossed us out completely. In the future, we’re probably going to accept eating pink slime, gobbling GMO foods, and maybe even toy with Soylent Green.

Many of our hangups are irrational or immature. If you find yourself grossed out by something, ask yourself:

“Am I grossed out by the actual thing? Or just by the thought of the thing? How can I outgrow, embrace, or accept this idea?”

If you face the truth, note the distinction, and work through your more immature or irrational hangups: you’re probably braver than most.