“If you don’t like the news, why not go out and make your own?”

The above question is a quote from “Steal This Book“, a social instruction guide written by Abbie Hoffman in the 1970’s. Hoffman was a master at getting free publicity for his causes in the 1960’s and 70’s. He didn’t have the power of Goliath on his side — large corporations and governments certainly did not appreciate his approach! Instead, Hoffman used the stealthy power of a David to successfully change the course of the Amerikan conversation. 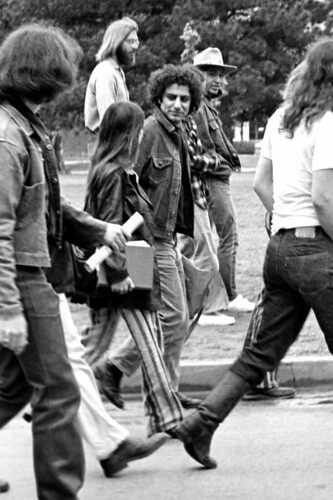 In one paragraph, Hoffman describes timeless presentation techniques for snatching free publicity using the conventional press conference system. With the popularity of social media channels, Hoffman’s techniques may be even more effective today than they were over 40 years ago.

The paragraph, in its entirety, is in italics below. I broke up the paragraph with free (stolen?) images from Flickr, for your viewing enjoyment.

Everything about a successful press conference must be dramatic, from the announcements and phone calls to the statements themselves. Nothing creates a worse image than four or five men in business suits sitting behind a table and talking in a calm manner at a fashionable hotel. Constantly seek to have every detail of the press conference differ in style as well as content from the conferences of people in power. 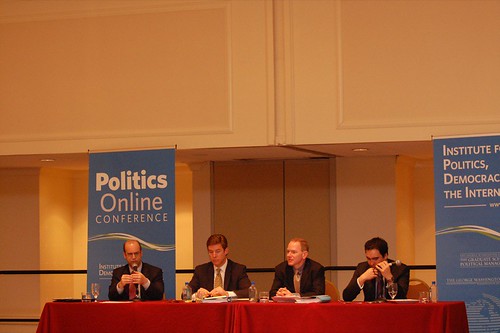 Make use of music and visual effects. 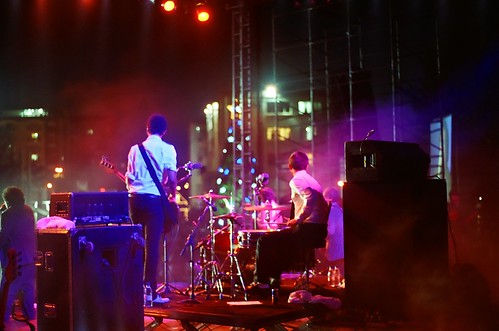 Don’t stiffen up before the press. Make the statement as short and to the point as possible. Don’t read from notes, look directly into the camera. 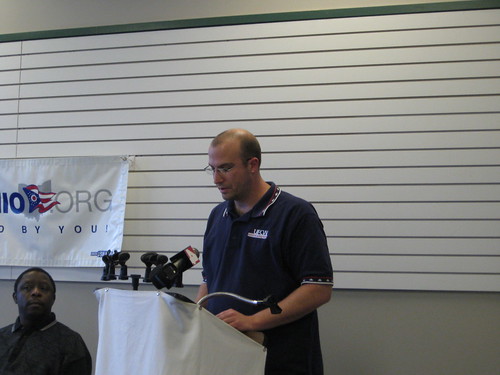 The usual television spot is one minute and twenty seconds. The cameras start buzzing on your opening statement and often run out of film before you finish. So make it brief and action packed. 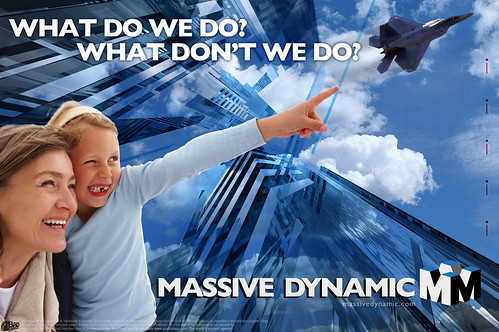 The question period should be even more dramatic. Use the questioner’s first name when answering a question. This adds an air of informality and networks are more apt to use an answer directed personally to one of their newsmen. 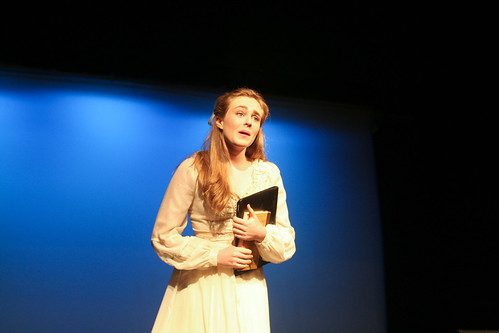 Express your emotional feelings. Be funny, get angry, be sad or ecstatic. If you cannot convey that you are deeply excited or troubled or outraged about what you are saying, how do you expect it of others who are watching a little image box in their living room? 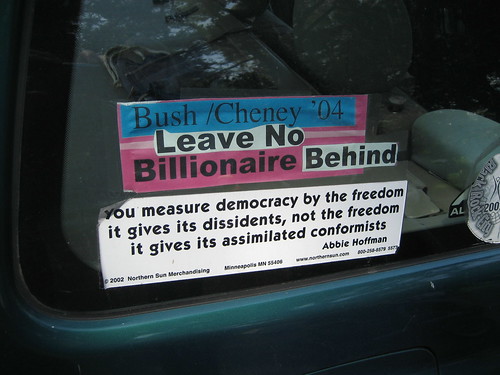 Remember, you are advertising a new way of life to people. Watch TV commercials. See how they are able to convey everything they need to be effective in such a short time and limited space.

At the same tune you’re mocking the shit they are pushing, steal their techniques. 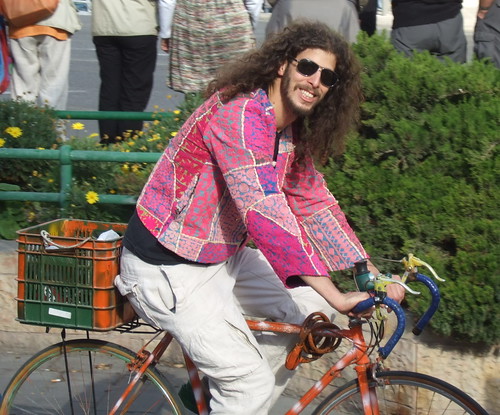 How many of Hoffman’s techniques can you “steal” to help promote your own worthy cause? And how astute is  “the establishment” (politicians, governments, large corporations and organizations, etc.) becoming at using Hoffman’s style to promote their own agenda?

How many of these techniques have you seen successfully deployed lately? Book burning, anyone?

PS — If you’d like to steal Hoffman’s book, I found it as a free pdf download here: http://www.semantikon.com/StealThisBookbyAbbieHoffman.pdf. I wonder how long before it will be a free Kindle download on Amazon… it only seems fitting.