I heard a young woman speak on the topic of feminism. Her content was valuable, thoughtful, and well-organized.

However, her voice caught me off completely off guard. She spoke in a high, squeaky, Betty Boop voice. 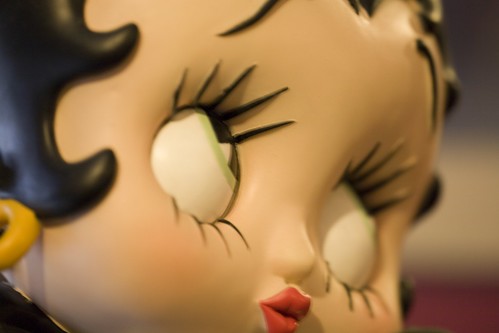 Initially, I assumed the speaker was adopting a cartoonish voice to illustrate something about her subject matter. Instead of listening to her actual words, I began waiting for her to use her natural voice to explain the point of her cartoon voice.

I was mistaken. The speaker used the squeaky voice throughout her entire presentation, without explanation.

I suspect that the speaker did not have a medical problem. She simply didn’t know how to find or use a natural speaking voice.

Unfortunately, we don’t seem to notice when we use a distracting voice. And it’s not like our friends are going to tell us, either.

I recently overheard a middle-aged woman whine to her friend.

“My teenage daughter is always whining,” she whined. The woman’s tone was high-pitched and nasally. “Why do my kids always whine?”

She asked this without a hint of irony!

Her friend didn’t offer the obvious answer. Instead, she smiled and sympathized with her friend’s complaint. I didn’t jump in with the answer, either — my eavesdropping was already rude enough!

Whining, squealing, speaking in a montone, mumbling, talking too loudly — we’ve all used a distracting voice from time to time. But when was the last time someone actually called you on it?

If your friends, family, and colleagues won’t tell you that your voice is distracting: how will you know? And how will you get help?