In grad school, a marketing professor insisted on an oral report. One student in class did not speak English as her first language.

When she gave her report, she began talking about “The Most Important Elephants of International Marketing”. We all thought, of course, that she mispronounced “elements”. After the first time, most audience members, including myself, merely smiled.

But after a few minutes, it became clear that she was going to repeat the word “elephants” — multiple times — for the remainder of her presentation! So our professor interrupted the speaker.

“Excuse me,” he said kindly. “I hate to interrupt you. Your speech content, so far, is very good. But one small thing is unclear.”

He explained that an elephant was a huge animal with a trunk, tusks, and floppy ears. The speaker looked bewildered.

So the professor pantomimed the trunk and made a strange elephant noise. The professor suggested that perhaps the word she wanted was “element”. 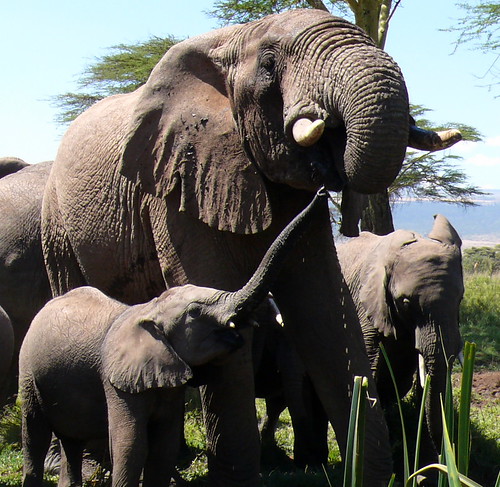 The speaker looked embarrassed. She blushed and stammered. Trying to recover, she asked the laughing audience:

Of course, we all agreed with her.

“My ideas are big, powerful ideas. Just like elephants. So please continue to think of my elements as elephants.”

For the remainder of her report, she would say the word “elephant”, then excuse herself and carefully say “element”.

It became clear to me that she had rehearsed her report, and used the word “elephant” in rehearsal . For her speech, the wrong word was ingrained in her brain. It wasn’t going away any time soon! Nonetheless, she recovered nicely. She delivered a wonderful presentation, elephants and all!

I learned four unintended lessons from her talk:

What’s your most important elephant when you deliver a presentation? Or rather, what unexpected technique do you like to employ to make your presentation content stick?